Broadcasting to the people who really listen to short wave 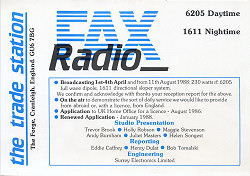 Incredible UK government claims, from the first licence application in 1986, onwards: "No frequencies are available...", "...would demolish the UK's credibility in international fora."
Lord Thomson, IBA, 1988: "...unfortunately we cannot help under present legislation - lack of interest at the Home Office - sorry cannot help - wish you luck with exciting project."
Meanwhile, in the Republic of Ireland, the Minister had stated that radio stations could operate until licence formalities were introduced...

Search for any subject, or even your own name if you wrote in. The first instance on each page will show:
Radiofax Programme Index and Audio Archive
Radiofax, the ground breaking short-wave radio station launched in 1988, was the forerunner of web-based science and technical newsfeeds of today.
Listen again to broadcasts which are a time capsule of the era.

We have some 300 hours of recordings transcribed and indexed but seek any more of the thousands broadcast you might have.
As sent to Members of Parliament and the government - TRANSCRIPT

Charts of the three frequencies received in Surrey, England, here. 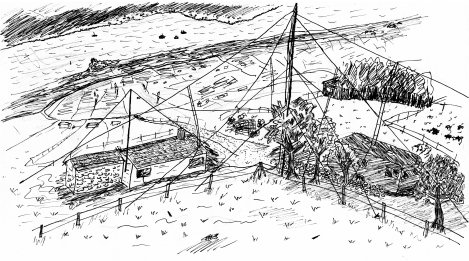 The fantastic response from listeners, the way they cared about the speech based output and the touching devotion of housebound, disabled and blind listeners in particular, led founder and sponsor Trevor Brook to feel the project to have been one of the most worthwhile things he has ever done. 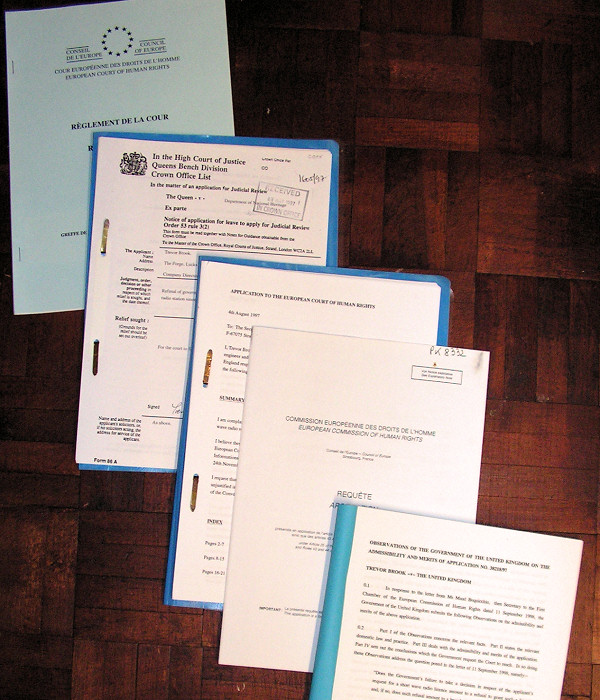 TREVOR BROOK   -v-   THE UNITED KINGDOM
After eleven years of promises and prevarication, when challenged in the High Court in London, and subsequently the European Court Of Human s in Strasbourg,
the government went to immense lengths to concoct a strangely paranoid and archaic 'cold war' type of case - rather than offer a licence.

The ECHR ruled there was an insufficient infringement of Human Rights for the Court to act because the UK did have independent radio on AM and FM.
One can only hope that the officials who implemented such obstructionist policies feel a tad ashamed of themselves nowadays.
They did at least tell the Court: "The United Kingdom makes no admission that there has been maladministration in this case; but, on any view, the handling of the matter and what has occurred are to be regretted."

A complaint in 2001 to the Office Of Fair Trading revealed that the Radiocommunications Agency was not even covered by the Competition Act.
- -   Britain's short wave broadcast monopoly (BBC Transmission > Merlin Communications > Merlin VT > Babcock > presently Encompass) still survives to this day.   - -

www.radiofax.org is validated to the standards and accessible for text to speech readers and other aids